I began my Mother's Day with a phone call with my oldest son who called at 7:45 am and I was still sleeping. How nice before I was even awake! Then shortly a few hours later, my youngest called and it is REALLY nice when they call their ol'mama!

After breakfast of an egg omelet, thanks to my sweetie!

I began to play with solids from MAP and thought maybe there was some discussion going on between the rail fence blocks and the solids Pam had sent me.

I love solids. You can do so many things with them if you allow yourself to be committed. 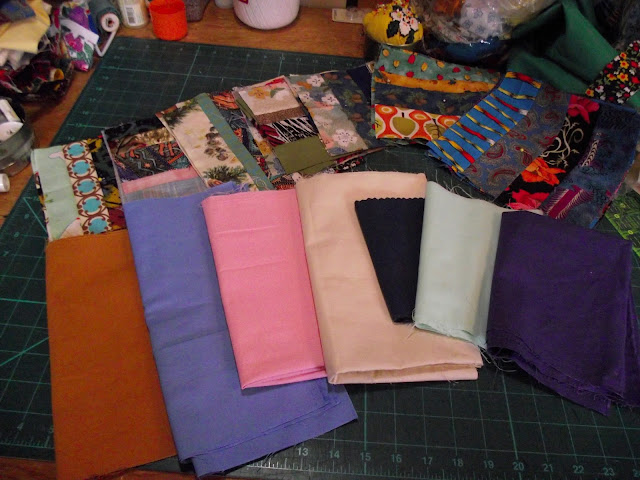 I decided here with this grouping of colours. 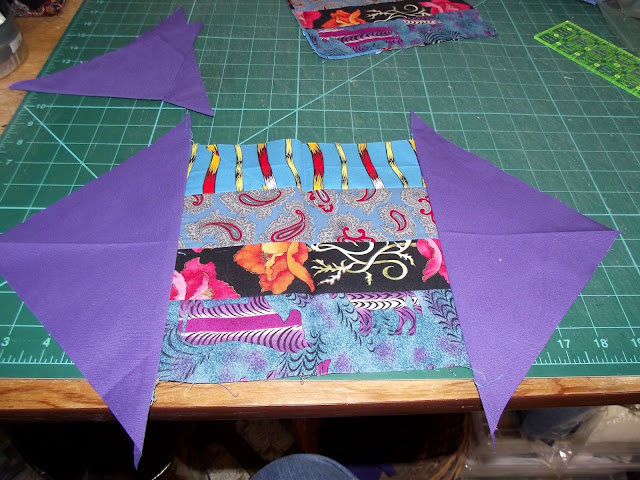 Then I cut blocks to fit the measurement of each block created with the rail fence blocks. 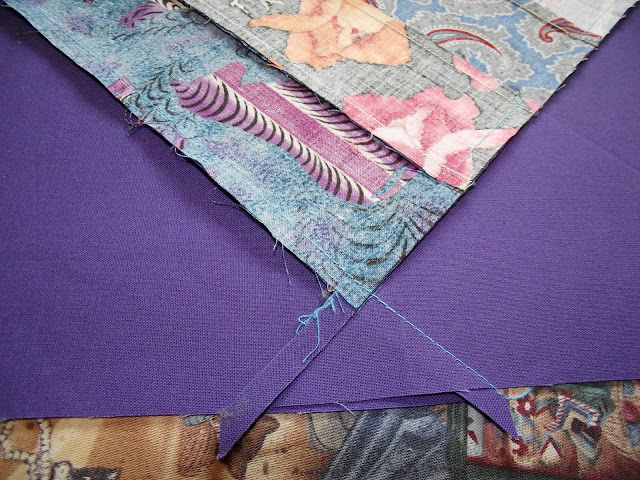 My squares of solid purple were 6.5 in. squares cut in  half and placed on either side. This is where I cut off the little wee tail that forms on the second triangle added to the new block.

I've beens spring cleaning and painting our home and getting into the garden, our rhubarb, garlic and strawberries are coming along. My hubby has been doing most of the painting while I'm at work and it looks great!

It's a new year and this hexie making project has been very consuming.  This is the end of Part 6 on Jemima's Creative Q... 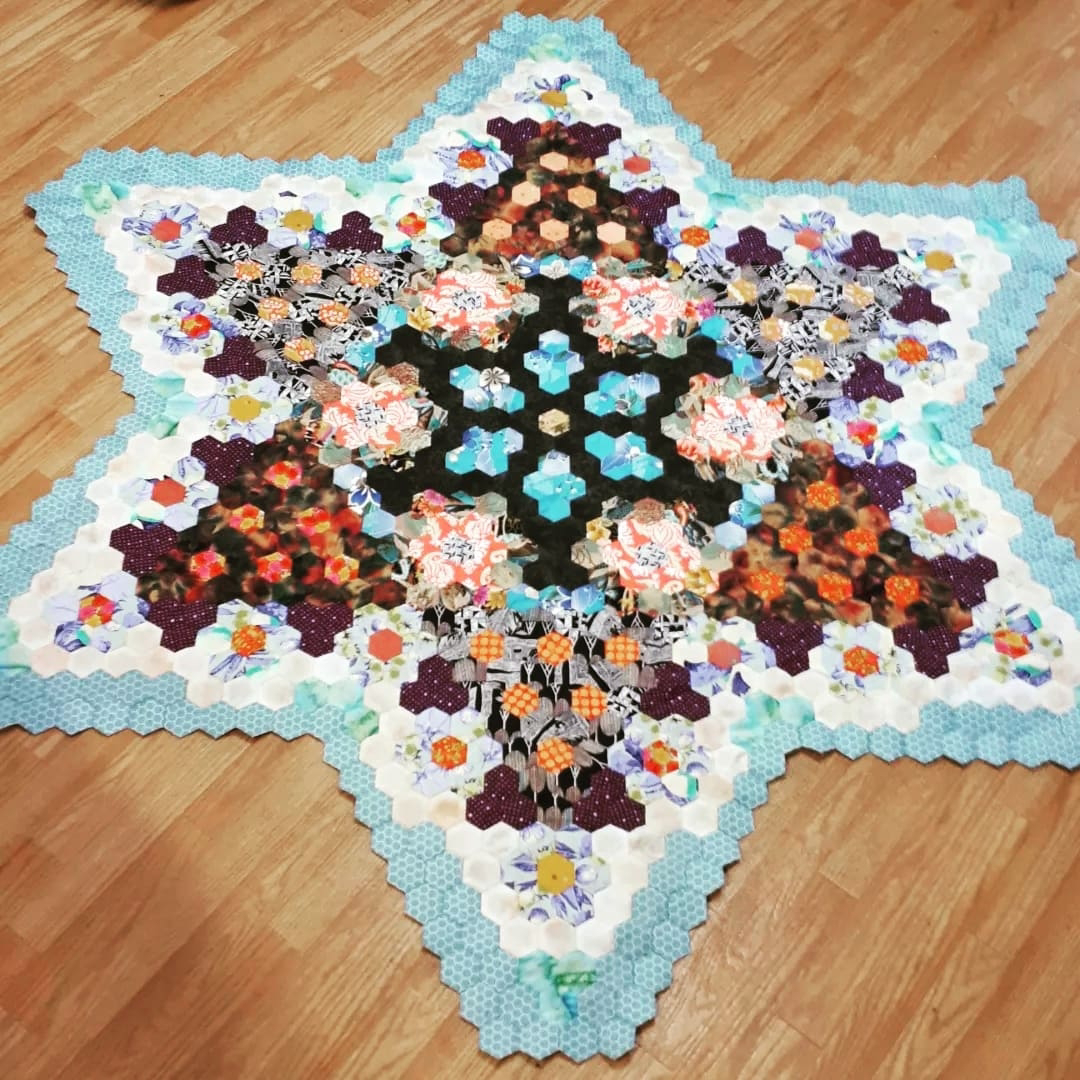